What does 'Kata' really mean?

What does 'Kata' really mean? 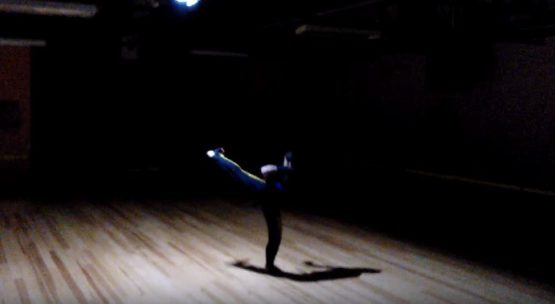 Kata1, what is kata. Well apart from what the late great Mark E Smith2 would refer to a domesticated feline as. It is something that has grown and evolved within our club, without going into the whole, all this was fields in my day spiel.

But on a more serious note, kata is seen by many to be the corner stone of most traditional martial arts and even some more recent ones. It is a set sequence of movements and techniques that allow the martial artist to hone their craft and practice within a set form. It is this link to traditional forms and styles which origins the kata in respect and honour, hence why when displayed the practioner bows not only to their teacher but to any assembled audience.

'It is a chance to test yourself'

Now that all sounds pretty grand and for the most of it, it is. Rooted very clearly in the world of Japanese martial arts, it is as I have stated above. However, it is more than just performing the moves that you know or are required to demonstrate for a certain grading. It is a chance to test yourself, it is a chance to fight the most challenging opponent, even if this is just in your minds eye.

It is this reason that the movements therefore should be natural and unhindered by direction, not just forward and backwards but the entirety of your environment. In aikido, I have read some interesting material around the ‘Dynamic Sphere3’, which incorporates the ranges and responses for being attacked and defending yourself from an opponent. This is the same in the disciplines of karate and kickboxing themselves and is the reason that we practice kata.

It does not mean that for every fight or sparring match you participate in that you should look to complete an entire kata form. More that you should use them as a guide and not forget that for instance, not all of your fights will be at a comfortable range or a similar opponent.

'the whole thing should be about balance, eb and flow, black and white'

A good kata should be defensive as much as it is offensive, as there are very few scenarios that you will be able to chain together five or six kicks in a row during a sparring match. Indeed, the whole thing should be about balance, eb and flow, black and white. Much like the taijitu4 or ying yang5 symbol that is used ubiquitously throughout martial arts. It is important to remember that this is not merely a swirl of black and white, heavy and soft, but the symbols that mark it outer edges that bring together all of the elements of the world and its environment, these are referred to sometimes as the bagua and symbolise things like fire, water, earth, thunder, wind and so on. It is these elements that make up the aspects of a kata the smooth elements and the harsh, the powerful techniques and the ones that find range or prevent and opponent making some sort of move toward you.

Yes, the kata is a historic and traditional part of the martial arts. Yes, it was an attempt to encourage and perform training. But it is so much more, so much that if you look at any fighting system from around the world, not just japan, you will find some kind of drill mechanism that can be performed to work the muscles and increase muscle memory. Think of the boxer and how they shadow box. Think of the capoeirista6 (not something to do with coffee), their kata comes in a form of a dance, originally to hide the practice of the combat system. Think of military combat techniques and how they are drilled day after day and hour after hour.

'In kata when the moves become fluid and your balance improves, you can slow a fight down in your mind to a better pace.'

Of course, there is an effect that I haven’t spoken of, and that is on the mind, the kata is not only a way to train those pesky fast twitch muscle fibres. But it also, when the martial artist has faith and concentration in their movements, brings a sense of wellbeing, a calm that can help quiet the mind. It is this benefit that is often overlooked, but it has massive ramifications. In kata when the moves become fluid and your balance improves, you can slow a fight down in your mind to a better pace. Being hyped on adrenaline7, may help increase your strength in moments of danger. But being able to perform complex movements without stress is far more useful.

When your muscles are not burning oxygen being tensed and erratic, you will become less tired, you will find space you didn’t know existed, you will see opportunities clearer.

Below I have added some quick links to articles about kata that you may find useful. But do remember that who ever you step into the ring with or come up against in the outside world. Your biggest and baddest opponent is you, and why not make them your training partner.