The 11 Rules of EKA - Our code of conduct

The 11 Rules of EKA - Our code of conduct 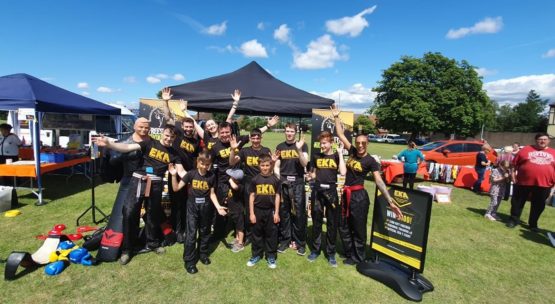 In Japan, during the reign of the Tokugawa Shogunate (1603-1867)1, what is said to the be the last feudal government2 of Japan. The Samurai who served their retainers loyally and without exception, had the right to engage or cut down a commoner who they felt were not showing them the correct level of respect for their station.

So much so, that one folk story of the time tells of a peasant going about their daily chores, dared to brush against the long swords3 worn by a samurai4, as they passed by. The offense felt by the samurai was so great in fact, that the man was challenged to a duel over his conduct. As you can imagine, a trained samurai, born for battle and focused in his mind set, cut down the man almost immediately and the balance of honour was redressed. The samurai at this time were afforded this judicious use of force and execution by the Shogun5.

But what does this have to do with us, we no longer brandish weapons in the street, undergoing duels over a slight made to us in a tavern or over the subject of our affections. And we are not, of course, in Japan, or remotely near it.

The linkage of course is honour or indeed respect, the samurai had a code for this called Bushido6. The basics of it, are what we practice as martial artists; it is the reason that we bow at the beginning and end of each class to an instructor. It is the reason during sparring that we both bow and touch gloves. It is a mark of respect for your opponent, that is returned.

But is this the limits of how we practice this acknowledgement, no, it is not. We do this in other ways, for example:

1. RESPECT We treat each other with respect, no matter age, gender, race, religion and all that goes with. Common sense. Show respect for others’ beliefs and opinions.

2. NO SWEARING No effing and jeffing, when those likely to be offended are around, we are not a bar down by the dock.

3. LEAD BY EXAMPLE You set a good example for less experienced practitioners. Both by giving them your time or indeed listening silently and intently to the instruction you are being given. If you don’t understand, pose your question respectfully.

4. GREAT TECHNIQUE Keeping control of your techniques, not looking to deliberately injure another person and hearing what they are telling you. Never lose your temper or react in anger. Sparring’s goal is to learn. You have a partner, not an opponent.

5. CLEAN KIT Making sure your kit is clean - prevention of the spread of germs/bacteria. Make it pleasant for your partner to train with you.

6. TIME KEEPING Arriving on time, ready to train and giving your all.

7. EGO EGO! As you advance, ego is a constant enemy. Remain humble always.

8. GRADING If you don’t train, you don’t grade. Gradings are serious and should be treated as so, if you do not perform, you may be asked to re-sit. But, you should believe in yourself - if you are asked about if you are grading, you probably should be.

9. FOOD Don’t eat during training or show disrespect for the facility when you use it.

10. PRACTICE By practicing at times, when you are not at training to make yourself stronger, more flexible, a better martial artist. If you’re a senior, you should be there. When above junior blue, you should look where possible to train twice a week.

11. BE MINDFUL It is having a presence of mind in each and everything you do, that does not only hold to the world of martial arts. Remember that your actions outside the school reflect its character and spirit. You are an ambassador of your club. Always behave appropriately with good manners and respect.

They are simple things to do, that can make a whole world of difference. As I started with the tale of the samurai and the duel. So, I will end with the same story. Yes, in our modern parlance, the idea of a man losing his life over a simple accident seems a little heavy handed. However, the samurai were a people constantly in service, their lives dedicated to the employer. Their very essence distilled into the weapon they carried, or their father and grandfathers may have carried as a sign of their servitude. The hours of training dedicated to its mastery and preservation. It may have been a careless knock, a harmless slip, but to the samurai the matter was deadly serious.

With this in your mind. Think the next time you deliver a kick that is too powerful, take a moment before you chatter to the person next to you and miss what is being said. Because our own samurai is waiting for all of us just around the corner of mis-intention and thoughtlessness, let us do our best not to provoke him shall we.

Have fun! You’re a part of an extended family – take care of one another