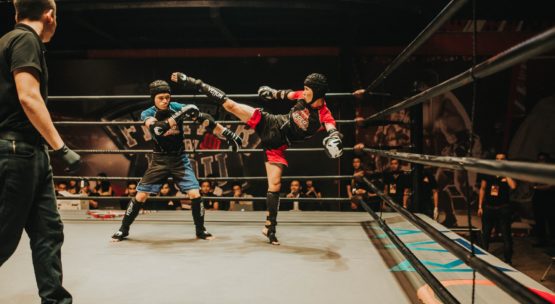 K-11, this is a term what has now become less about what it began as but sometimes more of an adjective. People, especially those in martial arts will use this as a word to describe a certain style of fight or sparring. This is how language evolves and becomes richer, and sometimes poorer. I like it when things become a new word to describe something that has not existed previously, something that is new and has now became open diction e.g. Bioabsorbable2.

What I dislike is when people try to make a word when one already exists, and people are too lazy to look it up and or use it e.g. Cringe3 when they mean Cringeworthy4. But, I digress, as is my way.

But even the origin of the term K-1 has its disputes. So, for those of us who are uninitiated, as well of those of us that are. I’m going to run through the basics, in order to inform and maybe pique an interest.

The beginning of K-1 seems to have been very much like the plot to an action movie from the late 80s early 90s. K-1 a tournament held in Tokyo5, Japan6 for the best fighters in the world. A stand-up competition that seemed to echo the action of Street Fighter7 (Sans the special moves) or Tekken8. One on one martial arts that would operate a ‘10 point must system9’.

Initially devised by Kazuyoshi Ishii10, who had created the organisation to bring together the best in stand-up martial arts. This is where the dispute begins, some say the K of K-1 stands for the sports included Karate11, Kickboxing12, Kenpo13 etc. Whereas others state that the K stands for Kakutougi14, a Japanese word just meaning ‘combat sports’, the one at the end is just derived from the simple process of having one weight class, in the earlier stages of the competitions. Which I can imagine could have been a nightmare but is also a strategy operated by the Ultimate Fighting Championship15(UFC) in the early days of these events.

Imagine, being stood there as a middle weight and given in the draw someone the size of Gary Goodridge16 or Akebono Tarō17, but as you may all concede it is how our club operates currently, one on one competition, random draw. And how martial arts works as a whole. Leaving the differences in opponent size to be the puzzle for the martial artist to solve.

What is clear is people reacted to the competition in a big way, seeing them as a true test of a fighter’s ability. As they brought in the concise day event of a karate tournament but at a full contact level. Competitions like this in martial arts have gone on for years at an amateur level, especially in Japan where the concept of kumite (https://www.elemental-kickboxingleeds.co.uk/our-blog/kumite) amongst martial arts practitioners was an accepted thing.

These events continued for a many years successfully, below details a short timeline of the tournament.

To give a little summation of each of these blocks, I’ve prepaid a quick summary below:

Beginning: This can be seen as the very nexus of the competition, the nub from which it grew/ As with many sporting competitions, this allows a bedding in period. As this was s once s year tournament, competitors took time to adjust to the three-round system. The difference between this a regular kickboxing match of five rounds took adjustment. Again, this began as being modelled on an amateur full contact Karate system.

Golden Years: This was he time when legends were forged, initial hiccups surpassed and fighters within the K-1 deliver some of the best matches in the competition’s history. Enabling a lot of combatants to make the K-1 as a steppingstone in their career with the prestige that it gave. Below I will try to find fights from this era for you to watch.

Turn Of The Century: With the Golden Years being dominated by rivalries of well-known fighters, the turn of the century brought in new fighters to the ranks. Fighters who had watched he earlier competitions and were more than ready to take the best of the what the old guard had to offer.

Dark Ages: After years of successful bouts, organisers in this period decided to make moves away from the massive tournament structure to try and limit the number of injuries incurred at early stages of the competition, which could render some fighters to be replaced at last moment and break the continuity. In this the focus of the competition itself were changed forever and this was also dovetailed with Kazuyoshi Ishii being charged with tax evasion, forcing the running to be passed to Sadaharu Tanikawa18, a businessman and soon to be legendary Bob Sapp19. Needless to say, that leaving a tournament for fighters in the hands of s businessman did not bode well.

Return to Excellence: Despite being labelled a ‘return to excellence’ this era saw the creeping in of what I will call ‘side show matches’ example Bob Sapp Vs Akebono Tarō. The bringing in of seven foot plus competitors as a spectacle. This is the era that saw such behemoths as Semmy Schilt20 reign supreme over smaller fighters. I remember seeing him win one of hit titles by repeatedly front kicking a guy and then slapping him about. Now I know this is winning in its very technical aspects, but a good fight it does not make.

This left the competition lumbering on like its giants. Until 2010, when financial issues arose with its European promoter ‘Its Showtime21’, passing through the hands of numerous companies until in March 2012 EMCOM Entertainment Group Inc22, purchased the rights to continuing the tournament, which would then move from a held in Japan based competition to a global venue.

So, what is the interest that we should have in this tournament, why should we care. Well because unlike the UFC and other Mixed Martial Arts (MMA)23 organisations, this was mainly for strikers, no throws, no groundwork, no submission. You come, you fight, you knock your opponent out, you proceed to the next round, such is the way. It also shows the level of toughness of anyone who had on their martial arts Curriculum Vitae24 (CV) a placement in the K-1 or indeed winner of the K-1.

It also shows the level of toughness of anyone who had on their martial arts Curriculum Vitae24 (CV) a placement in the K-1 or indeed winner of the K-1. Below is a list of all the K-1 champions since the organisation began, I ask you to check a few of them out and understand what made them champion. 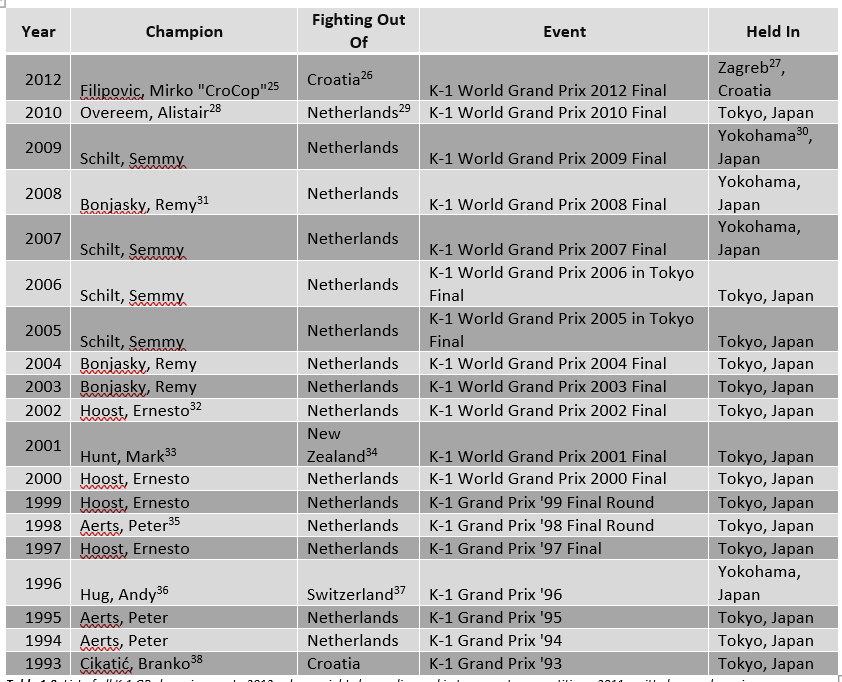 Table 1.0: List of all K-1 GP champions up to 2012, when weight classes diverged in to separate competitions. 2011 omitted as no champion crowned due to financial issues.

Also, those who never made it I present a small list of personal favourites, as they do deserve respect. Because surely those who came back time after time to test their mettle, passing through qualifying stages deserve something. (I’m counting this as fighters who never won the original rules K-1)

The K-1 one has now diversified and added extra events and weight classes to help give a more rounded feel moving away from its grand prix aesthetic, however personally I still long for the early days of that tournament that kind of had a mystique to it, the one that was more like something form Bloodsport44. But maybe that it just me.

I do like to tie these things back to the interest question of the guys and gals that walk around our club, so to you all I say this.

As a martial artist: This is a wonderful blending of styles and their application in hard fought competition.

As a casual observer: If you have never been involved in actual sparring or martial arts, it is a good door into what people who compete look towards.

As a fitness enthusiast: Look at the fighters in these competitions, they are all different, but they have all prepared to fight the number of rounds to win. They have prepared to take on the small and the large, the heavy hitters and the nimble of foot. There is a degree of skill in these approaches that one can.

K-1 not just a competition, a lifestyle choice.

https://www.youtube.com/watch?v=O8KWOV4KxKM – Seems to cover a lot, including Final Aerts Vs Le Banner.