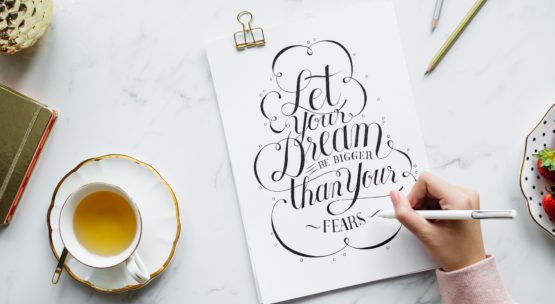 “If we were all the same that would be boring” a phrase that I feel at some point everyone has heard or made use of. In essence this is true, a little bit of difference here and there can make a world of difference. This is something that can be acute in the world of martial arts and training. There is an opening of interpretation and creativity within the set forms and classical movements themselves, after all this is how new and modified forms were created and passed on.

An example of this is Karate, as a form which is part of our own syllabus, but its roots lay back in 14th century Okinawa, Japan. Even the origins of Karate itself, sprung from defensive training taken up after trade roots were opened with the Chinese mainland1 From there the system grew and evolved, with different family styles, keeping a core language and structure. Each new variation offering a specialisation or absence of movement in a particular way. These changes were made by students of martial arts and can be for many reasons and the name grew an became warped, changed and altered.

This same expansion happened, as Karate moved from the pursuit of the Japanese to different areas of the world, constantly evolving and taking new elements form the students that practised it. In the America’s and the west, the style was altered to be performed in a competitive none deadly manner, as would have been unavoidable in Kumite2 tournaments.

But what has this got to do with me, I hear you cry, don’t lie I heard you. The reason an art evolves, and changes is with the circumstances, abilities and knowledge of its students. A prime example of this would be Bruce Lee’s creation of Jeet Kune Do3 which grew from his growing knowledge of other martial arts and being able to pinpoint what he perceived as the inefficiencies of Kung Fu.

Now, I am not insisting that you should immediately begin drafting a new martial art variant or change everything about how you train. I would rather say that what makes you the fighter that you are, are you a puncher or a kicker? Do you prefer long or short range? Is technique or speed more your friend? Being able to self-analyse is as much of a skill as being able to hit a front kick from any angle.

An important element is finding your own path. As you will see from the other people you train with and even the black belts that preside over you. This is of course a thread that runs though all of the training, but its facets are different based on the mentality and physiology of the person teaching and their experience.

It is true that in our age we are blessed with the barrage of content that we can have access to and the method we access this content. Thirty years ago, you would have had to seek out obscure martial arts books or attend seminars in far flung locations to learn about new nuggets of information. But we, we are blessed with the internet as an important tool. So, I challenge you to indeed use it.

In the coming weeks you will see blogs from me about books I have read and that I recommend for pros and cons listed. But the journey does not end there, and I am the first to recommend to people the benefit of researching. Maybe you will find something, that you think wow. Or you find a martial artist who explains a technique that chimes with you, the world as they say is your oyster.

Enjoy and let me know if you like any specifically, I am always around.

Reason – Stephan Bonner is a UFC fighter and a highly effective kick boxer as well as well verse in ground attacks.

Reason – How could a list of inspirational kickboxers not include Mirko Cro-Cop, although a little long in the tooth now, his fights in Japan and in UFC. Spawning the phrase “Right leg, hospital, left leg cemetery”

Reason – Anderson Silva grew up in the world of unlicensed street fighting and Vale Tudo, his abilities leas him to championship gold in UFC.

Reason – Come on, her nickname is cyborg. Quite frankly one of the most terrifying woman to lace on a pair of gloves.

Reason – The woman that stopped a legend, the feller of the might Rhonda Rousey and how did she do it, by making Rousey fight like a kickboxer.

Reason – A truly innovative Muay Thai specialist, some of the most savage knees ever seen.

Reason – This man is a tower built of concrete and one of the only man I have ever seen win the Japanese K1 with almost front kicks alone.

Reason – a slick devastating all rounder, with roots in traditional karate, if you can keep up with this guy, you are doing well.

Reason – The man who proved competition karate can lead to MMA gold, he shocked the world beating a path to the title with classic karate stylings.

Reason – a curve ball here, but a great demonstration of control, if he can deliver this spinning hook kick (Black Mass) with this control, imagine what he could do if he let loose.

Reason – Because I would be scared if I didn’t add her to this list. Following on the back of my self-defence class (arm bar) See the woman, who if she decided, would be taking one of your arms home with her.

Reason – One of my most favourite fighters of all time, he had everything with a mighty win loss record few have even come near to.

Reason – The Grand Daddy of commercial kickboxing, a small man but a devastating skill.

Reason – Again because despite his size, he scares me, he once broke another fighters arm by repeatedly kicking it, he sees your blocking and says Nahhhhhh.

Reason – A lot of mouth but with skills to back it up, the swagger of this man and his power just to knock people out.

Reason – A legend and a savage in boxings golden age, there is a reason he has a 49-0 unbeaten record

Reason – Proof that you don’t have to be a heavyweight to have knockout power. Watch how this guy swaps stance, it is truly dizzying.