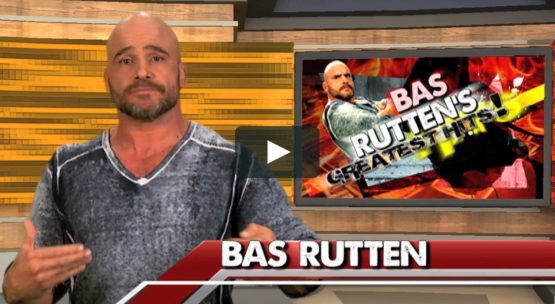 Whilst walking the floor at the club and chatting about fights, technique and knock outs, it is often a contention that ‘this fighter’ is better than ‘the other fighter’, that ‘this guy’ wouldn’t stand a chance against ‘so and so’. So, I decided using out super-secret squirrel black belts WhatsApp1 group to gather some opinions.

To say I was initially shocked is one word, to say I was pleasantly surprised was another. You see and some of you might know through long discussions that I am a little bit of a martial arts nerd; I shall not deny. Not only do I love training at the club and getting to know all you lovely people, but I go beyond this, I read mainstream and obscure books, I collect and watch martial arts movies like a demon https://elemental-kickboxingle..., I order martial arts demonstration DVDs from around the world and I like to see practical application of martial arts in MMA2 an standalone disciplines. (he writes watching covering of the Sambo3 World Championships)

But the black belts in the club showed me their quality by not only wheeling out surprising examples which became clear but also personal favourites of whom even I had to research. Thanks to Craig for some lovely Thai Boxing4 recommendations and Richard for not only spanning arts but history with his awesome boxing suggestions (Yes, boxing is a martial art and even heavily prized by practioners as Bruce Lee5)

So, without further ado, more of these will come over time. I post my first choice, one of mine because I grew up watching him on grainy footage from Japan. Bas Rutten6.

Known As: Bas, El Guapo (The Handsome One)

Record: at time of article

As a child growing up in the Netherlands, Rutten was afflicted by severe asthma18 and eczema19, meaning her was restricted taking part in physical activity, making him a target for bullying at school. https://www.elemental-kickboxi.... Using his time by reading Wolverine20 and Spiderman21 comics. Despite physical limitation he would spend his time climbing trees and onto the roofs of houses near his home.

From the age of twelve, he focused on athletic disciplines, high jump22, long jump23, javelin24 and discus25, where he would incur knee injuries that would become a deciding factor in his later martial arts career.

During a holiday to France in 1976, age the age of 11, he and his brother snuck into a film showing of the Brace Lee Movie ‘Enter the Dragon26’ (1973). This would be instrumental in beginning his martial arts journey.

At the age of 14, he convinced his parents to allow him to begin training in Taekwondo27, in which he flourished picked up the techniques quickly and becoming accomplished. However, later in the same year Rutten got drawn into a street fight28 (not the last incident) with a bully and would break his opponents nose with a single punch. The police came to his parent’s house and at that point he was barred from training in martial arts.

At the age of 20, he moved out of his parent’s house with his girlfriend and immediately began training in martial arts again (Karate, Taekwondo, Thai Boxing) at the same time working as a bouncer. Participating in amateur fights and training infrequently due to partying.

One of his first famed fights, was a Thai Boxing match against Frank Lobman29 (12th February 1991), which he lost in the first round due to lack of preparation.

In 1993, with Mixed Martial Arts (MMA) not really being a thing at this point, he was scouted by Chris Dolman30 to train at Fighting Network RINGS Holland Dojo31. Where he was recruited into Pancrase32 by Masakatsu Funaki33 and Minoru Suzuki34. Where he fought against future MMA legends as Frank Shamrock35, Vernon White36, Maurice Smith37, Ken Shamrock38, and Guy Mezger39. He stayed within the organisation till 1997, with one of his more memorable fights at a 1996 Anniversary Show, where he would face Masakatsu Funaki40, a quote by Rutten follows:

“Before the fight when he came to me, he made that thumb over the neck, throat slashing motion like I was going to go down. I turned to my manager and said, "Okay, now I'm going to kill this guy, you watch". My game plan was to keep the fight going for 15 minutes ... Funaki had never fought above 15 minutes. But then, like 12 minutes into it, while I'm still on my knees he kicks me in the head. I block, but for me that was an illegal thing to do. So right away I start, BANG, BANG, BANG, and he goes down. From that moment on, I totally destroyed him.

You got to see the fight; it was a massacre. My palms were black from hitting him so hard. He had the gods on his side or something, because he stood up every time. I hit his face back on the mat and you hear it slam into the mat. His nose is all the way to the side, broke, they have to straighten it out. I go, "Oh my God, this guy can take a shot!" I kneed him so hard in the head. He went down four times. But the last knee I gave to him was like everything I had. I grabbed him by the head and kneed him. It was really like a Rocky movie. I'm standing there and I fall backwards, and I'm totally out of breath. I get up and the referee holds my hand up. Then he lets my hand go and I drop again, BOOM! I was exhausted, I gave everything I had; I really wanted to destroy him.

I broke his cheekbones and broke his nose, just because he said he was going to kill me. Oh, I was so angry at him. But afterwards, friends again ... What a crazy sport this is, huh”41

In 1998, Rutten made his way to the Ultimate fighting Championship (UFC) which he was already aware of since the time that he entered Pancrase, but initially declined participation due to the ‘No Rules’ style, which he thought would be damaging at that point in his career.

He defeated Kevin Randleman42 for the UFC Heavyweight title, however after vacating the title later that year to drop down a weight class to what is now Light Heavyweight43 her was stricken by a number of injuries, one of which being knee injuries sustained early in his life and was forced to retire from MMA.

During his time away from competition, Rutten did not sit idle and investing his time and money training the fighters of he future, were he is part owner of the Bas Ruttens Elite MMA Gym44

He has also become a trained instructor in both Thai Boxing and Krav Maga45. Also, he has been involved in the world of professional wrestling46 and training starts such as Samoa Joe47.

He is long respected as a ground breaker in the world of MMA and will forever be known for his infamous ‘Liver shot/kick50’ and the ‘Rutten Jump51’ which you should all have a go at, at least once.

Bas Rutten overcame physical and mental challenges to become one of the leading lights in the dawning of the sport of MMA. He refused to give up even when he was stopped my medical conditions or restrictions to practice the arts that he loved.

No doubt he honed his skills in martial arts in the real-world application of doors security, which would strip away the inefficiencies of the arts that he had learned and made his acts swift and deadly.

The sport of Pancrase, savage and bloody as the fight archive below shows. The full contact52 bare knuckled53 nature it, made for quick but damaging encounters of martial arts in the truest form.

The thinking that Rutten did in a number of his fights shows that not only a is he a physically imposing fighter but that he switches up his style to different a varied array of opponents. The recognition of attacks to the liver are an element that no fighter can train against or toughen themselves for.

Retiring from MMA at a relatively young age, allows Rutten to commentate and grow the world of martial arts without active competition, in order to grow his legacy.