Don't Skip it - the Benefits of Skipping

COVID-19 Our Services, The 4 Step Plan & The Future

Don't Skip it - the Benefits of Skipping 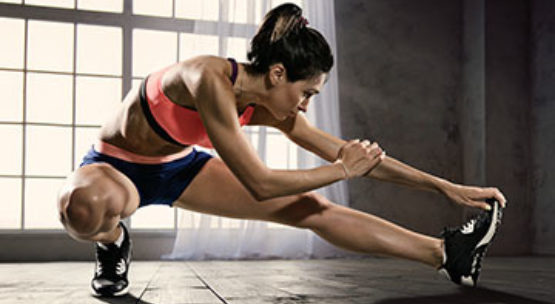 Did you know that skipping is one of the best calorie burning exercises ever? Depending on your weight and ability you could burn up to 1,300 calories per hour. Put that into perspective, the average male will generally expend 2,500 calories in a day (that’s without exercise) so if you can add an hours’ worth of skipping in a day that puts you at 3,800 calories expended!

This is based on averages – and depends on if you can say to yourself that you can commit to an hours’ worth of skipping a day. It’s not impossible to do, but with how hectic life can be nowadays it’s unlikely the average person will attempt this. But it certainly puts things into perspective.

Now, let’s say the average male will also consume 2,500 calories (which is the RDA in Britain, according to the Food and Agriculture Organization it’s more like 3,450!) that means you will be in a calorie deficit of 1,300 calories a day. This would-be overkill as a safe way of losing a pound a week would only mean you need to be in a deficit of 500 calories per day, which means you can cut back on skipping – now it’s looking more likely to get the rope out more isn’t it?

Remember, this is based on averages and being able to skip for an hour non-stop to get the most out of it. However, it’s not just calorie expenditure the skipping rope is good for.

I recall when I first started skipping at Elemental Fitness. This was before I became a personal trainer and a black belt. I will admit I wasn’t very good but persisted to lose weight and get fit. Over the years I have noticed out of everything I do skipping is the most versatile.

Other than being able to burn the same number of calories in 10 minutes as trying to attempt a 1 mile run in eight minutes it has many other benefits.

Co-ordination, rhythm and stamina – these are the first things you realise are potentially missing when you pick up a rope. Don’t fret though as they were missing for me too and many others. Being a kickboxer skipping is the number one for building foot-work and co-ordination. The ability to skip continuously helps with your cardio-vascular strength also and improves how long you can last – vital for those who step in the ring or have weekly sparring matches at classes.

Medium impact exercise – High impact exercise like running can be bad for the joints over time. It can lead to osteoporosis and stress fractures. Skipping is classed as medium impact and therefore, when done correctly, can help with these conditions by building bone density. Low/no impact exercises like swimming are good but don’t help much in terms of bone growth and joint strengthening. Skipping is in the lovely goldilocks zone.

Safer and cheaper than Running and Cycling - Other than being a medium impact exercise skipping can be done wherever. If you’re running or cycling outside you must brave the elements, which sometimes can put most off from doing it in the first place. You’ll also have to contend with roads users, this might not apply to running as much but certainly for cycling, it can be a dangerous place to be

Running shoes, a decent pair for tarmac running, cost a fair bit too. A road bike, again a decent one to get the most out of it can cost an arm and a leg. And that’s before the actual risk of potentially losing and arm and a leg to those other road users. If you go to the gym to use a bike or treadmill it will cost you every single time or a membership. A decent skipping rope however, is inexpensive and a onetime payment.

I’m not suggesting running or cycling is the wrong thing at all. On the contrary, add these two things to the skipping you are already doing and you’ll have tons of variety in your cardio sessions.

As you can see the skipping rope is a small, inexpensive, versatile piece of equipment. As a beginner it is the best start for a new life of being physically active or, if you’ve already begun your journey into fitness, it will allow you to switch things up a little. Either way don’t skip on it!