10 of the best sparring tips - Elemental Kickboxing Academy - Part I

10 of the best sparring tips - Elemental Kickboxing Academy - Part I 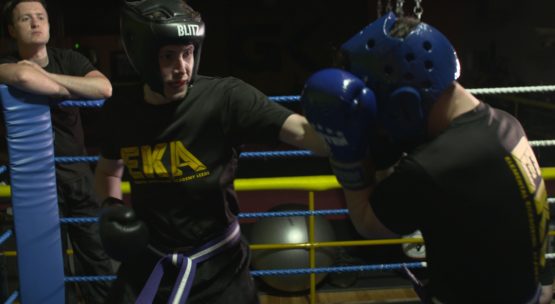 To continue along a theme, is always good to grow a further understanding. In these blogs I hope to promote as much learning and research among you as well as the occasional titter at my whimsical remarks.

If you are reading this, you obviously want to know more, which is good. Today, I will be continuing from my previous blog ‘Kumite1’. This time talking about tips and tricks. I am also being very careful here, as I am very aware of the fable of ‘The Cat & The Tiger2’. These are things I think people should consider when you a sparring, these are things I have found to work, but. Oh god here it comes again. These are from my perspective and you will have to modify them to your own use.

I. Understand Your Opponent

Something for the patient amongst us here, and that in itself is a whole other conversation. When you are sparring or indeed watching an opponent, if you are unsure, which yes you should always be, look for their tells. See how they hold themselves, do they stand square, do they dip a shoulder before they round house kick, do they have set patterns. Learn these things exploit the asset.

It goes without saying, sparring can be busy, lots of people travelling back and forward, round and round, long ways and short ways and sideways and slant ways and up ways, sorry sorry, bad Willy Wonka3. But seriously, what space are you using, what is the topography of your match. Are you near a railing? Are you near a rope? Is your opponent backing up into a corner? Keep one eye on the world around you, it can present numerous opportunities. Being able to perceive the world around you can be as useful as the fight itself. In sparring this opens gaps in your opponent’s defence, in a self defence situation this can mean your escape.

III. Start As You Mean To Go On

I am a firm believer that the beginning of a match sets the tone, be first, use it to intimidate your opponent, throw them off their plan.

When you throw a kick or a punch, end it, don’t half kick, don’t throw a half punch and keep your arm bent. Make the technique count.

This is a bit of a psychological cheat here, one to be used sparingly. When you are moving around your opponent and they are settled, just as you are about to throw a technique, hit your thigh with your glove, hard. The theory here, is the sound triggers a turtle up in your opponent as they believe for a second, you’ve hit them. They quickly realise they haven’t. But that gives you just enough time in confusion to land something.

VI. Variety Is The Spice Of Life

I sometimes see people following the same combos, the same follow-ups time and time again. Front punch, reverse punch, round house, repeat. Well as we discussed in the first point. Be dynamic, be spontaneous, be different. Don’t fall into a pattern that someone has mapped.

VII. Know Who You Are

This could go hand in hand with six. You need to do something to surprise who you are fighting, to make them think again about a particular attack. For me this is things like the jumping reverse punch/superman punch4 as it goes against my size that I can do this. This is what you can do that will make your opponent think again.

Nobody lives forever, nobody has boundless energy and guess what that means you too. I have seen and utilised people’s heavy batch of attacking as my advantage. When someone if intent on landing a fifteen-hit combo, they are not focusing on defence. This is the time to land your counters, work on them and find out what is best for you. It also helps if you are trying to catch your breath or preserve your energy in sparring, hit when they hit, put the technique in the gap that has opened.

Back into the psychology here. If you can make someone think they are going to lose or their offence is ineffective, this can change the match. This can follow different paths, you could:

1. Pace aggressively before the fight opens, this for the opponent themselves could be unsettling, and also it could prepare you for the match coming up

2. Threaten a move that your opponent fears, use it to make them think its coming, make them off their game

3. Move about continuously. If you have the cardio, dance around a bit, make them chase you, make them wonder what exactly you are doing. Also you’ll get hit less.

4. Hold or make excessive eye contact. One of my favourites, especially if I get the sense the person is nervous. Stare directly at them, don’t blink, don’t laugh, stare. As monkeys with shoes, we are predisposed to not overtly be confrontational, someone staring initiates a fight or flight5 response.