Origin of the Elemental Kickboxing Academy

Origin of the Elemental Kickboxing Academy 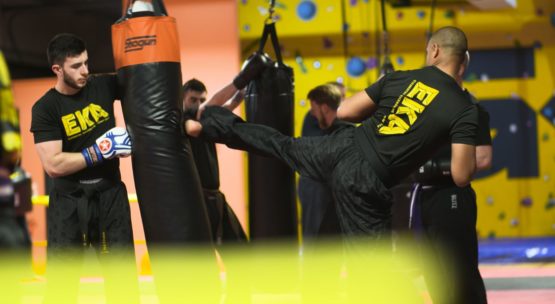 There are a lot of reasons why people train, whether it is to better their fitness, improve their core strength, to burn guilty calories piled on in late night pizza raids, to defend themselves, to defend their families, to build their confidence or simply to meet like minded individuals. 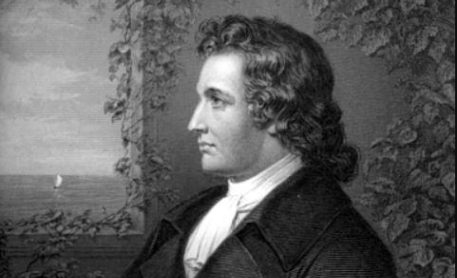 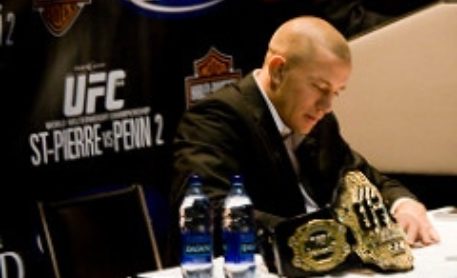 “There is a difference between a fighter and a martial artist. A fighter is training for a purpose: He has a fight..."

"...I'm a martial artist. I don't train for a fight. I train for myself. I'm training all the time. My goal is perfection. But I will never reach perfection.” - Georges St-Pierre2 (Canadian Martial Artist, Former UFC Champion (Middle & Welterweight))

The above quotes are indeed from different worlds, times and stand points. But what is key is that they share a common thread. The thread is to better themselves or generally as a philosophical point or belief system. After all, we as human beings are not standard and are a mixture of nature and nurture3, using our experiences to craft a different version with each choice we make. 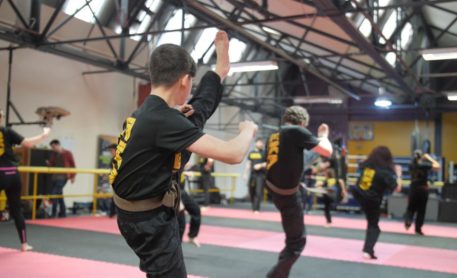 It is for these reasons that the doors of Elemental Kickboxing/Karate Academy (EKA) are always open to those who wish to chase one of these goals or to experience a new venture that is a path less trodden than the average perspective.

'keeps people coming back day after day, week after week, month after month and year after year.'

EKA is not just a way to spend your time after work, but is a community built on determination and commitment to bettering yourself in which ever way you choose.

It may not be your thing to step into the ring against a kicking, punching Tasmanian devil, but, come on, who doesn’t like that. It may also not be your thing to get that front kick just right and bang on target every single time. But it is the appreciation of the dedication of those that do, that keeps people coming back day after day, week after week, month after month and year after year.

With each new face that walks through the door, we have the opportunity, not only to gain a new friend or training partner but open ourselves up to a whole new range of experiences, histories and extend our community. The same is true for those who walk out the door and do not return, they leave the group with something of them and we would like to think that a part of us goes with them and helps them recognise where their journey may lay.

'We have stretched in church halls, we have planked in school gymnasiums, we have sparred in haunted dance studios with makeshift flooring'

EKA has evolved dramatically in the passing years, but only for the stronger. We have stretched in church halls, we have planked in school gymnasiums, we have sparred in haunted dance studios with makeshift flooring, we have built the cornerstones of an institution of which we can be proud. In this we have seen members come and develop the way the club has, going from strength to strength. The ones who have come have no common thread, they are nurses, doctors, students, bouncers, salesmen, teachers, server room dwellers, creatures of the night, builders, roofers and all places in between from all available backgrounds and classes with a thought to understand something of martial arts, not only the form but themselves; their own limitations, their strengths and what they can push themselves do.

In this time the classes have swelled, and the club has become more than just a place were people practice Kickboxing and Karate technique, to a fully resourced facility, capable of producing home grown instructors, personal trainers, charity event organisers and supporters, medal winning competition fighters and a fearsome set of drinking partners to release upon the city centre.

So, going back to the opening, our ‘knowing’ has grown and diversified, our ‘willing’ continues to be done in greater numbers that before. We are martial artists, we recognise our imperfections and work toward there limiting together with the guidance of friends.